Posted on October 3, 2011 by The Weekly Beat Sessions | Hosted by Generation ILL 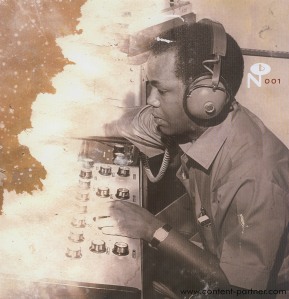 You Can’t Blame Me by Johnson, Hawkins, Tatum & Durr

I imagine that every artist looks forward to that day when their kids call them uncool. I know I look forward to it. I’ll tell them that they’re wrong and that I was part of a hip hop group back in college, Generation ILL, and this dope ass movement called The Weekly Beat Sessions.

It’s 1971 and Bill Moss from Capsoul Records hears the group audition and wants to sign them. But first, Bill Moss decides to rename the group using each of their last names. Simple enough, right? Thus, the group was renamed Johnson, DAWSON, Tatum & Durr. Nice… Now it’s time to record their first single, “You Can’t Blame Me”. Done. Now it’s time to press the vinyl and apply the labels. Bill Moss proudly applies the labels which read Johnson, HAWKINS, Tatum & Durr. WAIT what– Who the hell is Hawkins!? Turns out that Bill Moss accidentally swapped Dawson for Hawkins. I imagine him giving the 1971 equivalent of a *kanye shrug* when Al Dawson finds out about the error.

This is why I feel for Al Dawson. For years, he was probably telling his kids that he was part of some soul group from the early 70s. Maybe they never believed him. I mean, the group and the 45s are THAT rare. Then 2005 comes around and a label (Numero Group) unearths the old 45s and releases it in a compilation. But his kids still don’t believe him because it says HAWKINS not DAWSON. Damn, Al Dawson can’t win.

Well, I hope that one day Al Dawson’s children Google their father’s name and stumble upon this post. Because Al Dawson is indeed the “Hawkins” in Johnson, Hawkins, Tatum & Durr. And for that, he is cool.

It Was Me by Paper Son (Los Angeles, CA)

Thirty-One by Sideways (Portland, OR)

When You Find by Enfinity (Winter Park, FL)

That’s What I Want by 1stup (Greensboro, NC)

What I Want by @ProdbyDrew (Fresno, CA)

Other Songs Which Use This Sample: