Posted on December 27, 2011 by The Weekly Beat Sessions | Hosted by Generation ILL 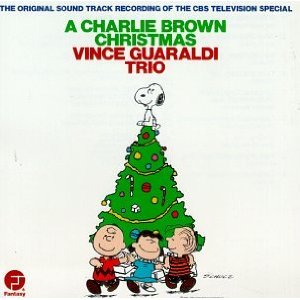 Christmastime is indeed here, so it’s only fitting we sample the Vince Guaraldi classic from the 1965 TV special, A Charlie Brown Christmas. This soundtrack was the first of seventeen Peanuts television specials that the jazz pianist composed scores for. In addition to Guaraldi and his trio, the soundtrack also features the children’s choir of St. Paul’s Episcopal Church in San Rafael, CA.

A Charlie Brown Christmas has become an annual tradition, re-airing every year since it’s inception on CBS in 1965. Here’s an excerpt from the special which features this week’s sample.

As another year draws to a close, we just want to thank everyone who tunes in each week to listen. This is actually our 4th annual edition of the Christmas/Holiday tradition (note: the 2008 session has not yet been archived). After checking out this week’s submissions, be sure to check out previous installments of WBS Christmas/Holiday BeatSessions:
► BeatSession 12|28|09 – Original Sample: Just a Sad Christmas by Soul Duo
► BeatSession 12|20|10 – Original Sample: The Christmas Song by The King Cole Trio

Quick Update:
► A Christmas EP by Mr. Kwazi (Ontario, Canada) – Another project by a WBS producer.

Very UnChristmas Like (Made on an iPhone in Utah) by Sideways (Midway, UT)

Super Eskimo Bros. by The Lone Stranger (Portland, OR)