Posted on February 13, 2012 by The Weekly Beat Sessions | Hosted by Generation ILL 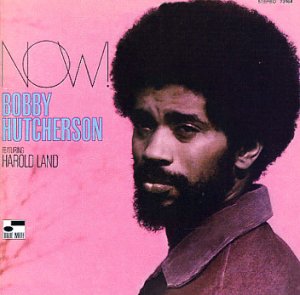 illa is out sick this week.  He called in and sounded horrible.  His voice was hoarse as he explained that he was suffering from sniffling, sneezing, coughing, aching and a stuffy head.  We couldn’t think of anything that could help so that he could rest, so we just told him to stay home.

This week’s sample is a somber one.  As a matter of fact, it’s downright depressing.  And with the news of Whitney Houston’s untimely death over the weekend, it’s certainly apropos.  “Now” is the title track on Bobby Hutcherson’s 1969 release which also features vocals by the late Eugene McDaniels.

To me, one of the most indelible features of the song is Bobby’s performance on the vibraphone.  He takes a sound that can be at times whimsical and makes it sound hauntingly melancholy.  When McDaniels comes in leading the chorus, it’s the proverbial nail in the coffin, (as it were) making “Now” one of the most wonderfully gloomy samples to date.

Now in PDX by Byrdman (Portland, OR)

Keep it Stupid Simple by Sideways (Portland, OR)

That Day by Ambishuz (Houston, TX)

The Beauty & The Beast by Gee (Toronto, Canada)